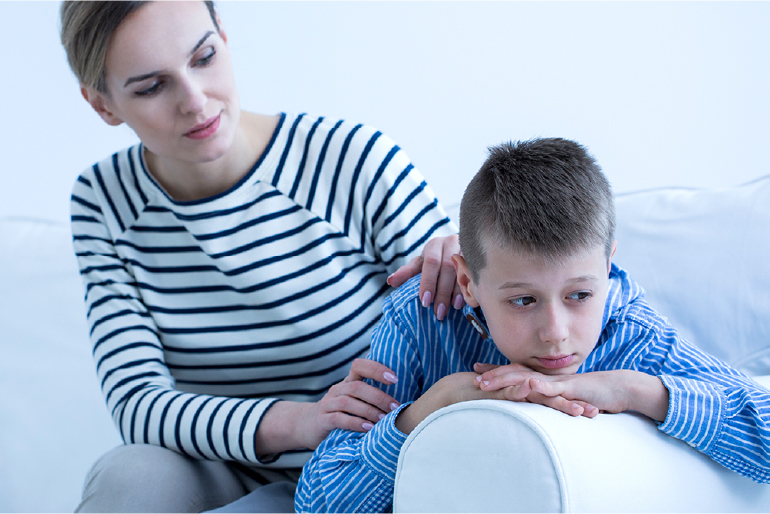 What is Selective Mutism (SM)?

Selective mutism (SM) is a complex childhood anxiety disorder characterized by a child’s inability to communicate in specific social situations, but has the capability to communicate in settings or environments where he or she feels comfortable, assured or relaxed. For example, a child with SM may not be able to communicate with communication partners including peers or relatives in social settings such as school or outdoor places. However, the same child is able to speak effectively with their familiar communication partners or close family members at home.

According to Muris and Ollendick (2021), a child is diagnosed with SM if his or her non-verbal behaviours in certain social situations are not inhibited by factors such as insufficiency of knowledge of the conversation topics, or unpleasantness with the spoken language required in the social situation. The duration of SM behaviour is required to be present for at least one month. However, the behaviours should not be limited to the first month if the child enrols in a new school. The non-verbal issues have to interfere with the child’s academic or job-related achievements which attribute to consistent failure of social communication in school or work. Moreover, “the disturbance is not better explained by a communication disorder (e.g., childhood-onset fluency disorder) and does not occur exclusively during the course of Autism Spectrum Disorder (ASD), schizophrenia, or another psychotic disorder” (Muris and Ollendick, 2021).

SM appears to be slightly more common in females than in males, and SM behaviours usually start in early childhood, between ages of two and four (Driessen, et al, 2020). However, the child’s selective speaking behaviours may not be noticeable until the child attends school, where verbal communication and peer interaction are required for rapport building. SM is therefore considered a rare psychiatric disorder that may lead to isolation, low self-esteem and may persist into adolescence and even adulthood if left untreated.

The following are some possible risk to developing selective mutism:

People with SM may show signs of selective speaking behaviours since early childhood. Parents or caregivers may take note of the signs or symptoms presented and provide appropriate early intervention to support the child. The following are some signs or symptoms of SM:

SM is different from being shy. A child who is shy tends to warm up to new situations and unfamiliar people over time. In addition, shyness does not prevent a child from thriving in his or her endeavours. However, SM is an anxiety disorder that can interfere with a child’s academic performance and in later life adversely affect his or her career pursuits. In many circumstances, parents will utilise the ‘wait and see’ approach in the hopes that their child will outgrow his or her mutism. However, most children do not outgrow SM without appropriate intervention. For example, the child with SM might not have any interaction or social communication with the others as he or she grows up.

According to the American Speech-Language-Hearing Association (2022), early intervention plays an important role as a child with SM is most receptive to treatment when intervention starts early. The following are some possible treatments that are commonly used for a child with SM:

Adolescents and Adults with Selective Mutism

According to the American Speech-Language-Hearing Association (2022), adolescents and adults with SM since early childhood who did not receive any intervention, may eventually choose not to speak as they do not see the advantage of speaking. Despite the fact that the treatment can still be effective for adolescents and adults, the process of intervention might be more challenging and might take longer as the selective speaking behaviours have become deep-seated over time.

As parental acceptance and family involvement are important in intervention, parents should not pressure the child to speak. Forcing the child to speak may increase his or her fear which can make the speaking goals more difficult to achieve. The following are some tips for parents to support the child with SM:

Generally, there is a good prognosis for SM if the child receives appropriate treatment and diagnosis. If you suspect that a child might have SM, you should consult a speech language therapist (SLT) for a comprehensive evaluation.